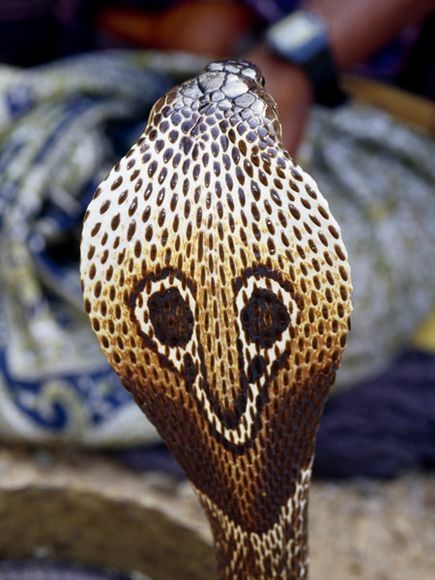 consume its prey have long been observed. Not all members of the public might appreciate that there are less well-known and unusual aspects of some snakes’ anatomies such as a single lung or only one artery in one half of the body rather than more conventional left and right pairs in many lifeforms.

These characteristics vary across the snake species and serve to demonstrate how reptile evolution has developed. Yet on occasion their vagaries also confound attempts to definitively classify snake species or evaluate with certainty how one relates to another. The complexities deepen as snakes from different geographies and species can be seen to have developed modified behaviors and actions for which the flexible body and bone structures have been adapted over millions of years. Research in these areas is fascinating.

The cobra belongs to the Elapidae family, which includes many other venomous snakes such as the krait and the taipan species of Australasia. There are different genera of cobras which have evolved in different parts of the world. The king cobra of Asia is the largest in size and one of the more well-known cobras. Many people will be familiar with the spectacle-like markings on the hood behind the head of the smaller naja naja or Indian cobra.

Different species of cobra in different parts of the world have developed slightly different hood-flaring behaviors to suit their environment. Some use the hood as a defensive display while with some, the activity of the hood seems to be associated with aggressive behavior at an earlier point of encountering a competitor or threat.

Recent and ongoing research by biologists from Washington State University and the University of Massachusetts Lowell has shown the ribs of the cobra to be versatile again by their use with eight muscles to create the hooding effect. Electrodes were used to measure activity and determine which muscles were deployed. These muscles are not unique to the cobra but also appear in snakes that do not display a hood.

The techniques used to operate on the cobra, stimulate the hooding behavior and identify its cause show yet again how intriguing a subject snake evolution continues to be. Other snakes such as some mamba species can be observed to flatten their neck, apparently to simulate a narrow hood in similar circumstances.…